White Rubber Seal academic term also known as spray frost, often after vulcanization of rubber products, the surface is covered with white dust for a period of time. But in fact, when the rubber compounding agent is separated out, frost spray is formed. For the whiteness of rubber products, there are two kinds of rubber: unvulcanized rubber (hereinafter referred to as rubber material) and vulcanized rubber (hereinafter referred to as product). Rubber frost spray includes the external frost spray of rubber material and the external frost spray of products. Bloom is the appearance of liquid or solid mixture moving from inside to outside of rubber. It can be seen that the internal rubber compound is separated, which constitutes the frost spray. There are three ways to spray rubber frost. Namely, spray powder, wax and oil (also known as exudation). Powder spraying is a kind of powder compounding agent, such as curing agent, accelerant, activator, antioxidant and filler, which is separated on the surface of rubber to form a layer of powder. Spray wax is white wax, wax and other waxes separated in the rubber surface, and constitute a wax film. Oil injection is a kind of oil-like substance composed of softener, tackifier, lubricant, plasticizer and other liquid complexing agents on the surface of rubber. 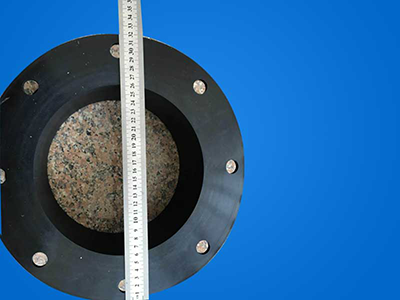 In practice, the way of spraying frost on the rubber surface is sometimes presented in one way, sometimes in two or three ways together.

After the research and development personnel of our company found that the common causes are divided into several categories: improper formula design, improper process operation, raw material quality fluctuation, poor storage conditions, rubber aging, etc. Since we know the reasons, we should grasp the process of making products, so as to make better quality products. In case such products are made, we rubber products enterprises should scrap all products and strive to provide customers with each qualified product.